If you ever want to predict the future, learn how Netflix does it.

Once upon a time, legendary screenwriter William Goldman said, “Nobody, nobody – not now, not ever – knows the least goddam thing about what is or isn’t going to work at the box office.”

Today Netflix accounts for a third of all of US’s peak time internet traffic. Last year itself, 50 million subscribers were signed up across the world. If there would ever be an Academy Award for business performance, Netflix would be the winner. With a stock market value of nearly $165 million, it recently got 112 Emmy nominations, topping HBO which got the most nominations for 17 years.

And how is Netflix managing such a great feat?

Data from all its users and their digital footprints are collected to be analyzed under cutting edge algorithms that have made Netflix a real big data company.

How Netflix leverages big data to its advantage?

Big Data is integrated across every aspect of Netflix’s functioning. The biggest bet they play is predicting what consumers will enjoy watching based on the insights gained from the analysis of all the data collected. Here are a few things Netflix uses its data for-

The efforts to predict began way back in 2006 when Netflix was still a DVD mailing company. They launched a prize for the group who could come up with the best algorithm for predicting how consumers would rate a movie based on its previous ratings.

They declared the winning entry in 2009.

At first, their points of data were insufficient. But as soon as streaming became the primary method to deliver the content, a large number of data points became accessible. Data such as the amount of time spent in choosing a movie, number of videos watched and frequency of playback, etc. all became very measurable. Based on which, a model could be built that could keep the customers engaged and extremely happy. Happy customers were much more likely to continue using a paid subscription.

2. Finding the Next Big Hit

Recent, Netflix has moved away from being merely a distributor and positioned itself more as a content creator. This carefully thought out strategy was also driven by data, where Netflix saw that its subscribers loved the content created by David Fincher, starring Kevin Spacey. After successfully outbidding HBO and ABC for the right of House Of Cards, Netflix became more confident of the prescriptive model that it commissioned two more seasons with 26 episodes.

By analyzing aggregate end-user data on how the geographical location of a consumer affects his/her viewing experience, calculations about the placement of data can be made to ensure the best quality of service to each user. Data points such delays due to buffering affect the consumer experience are analyzed and worked upon to provide a more holistic experience.

Netflix has cleverly used data up till now to stay ahead in the game. But it’s not the only player in the market. It now faces competition, most notably from Amazon, which brought its UK based rival Lovefilm, gaining access to its data to use it for its development and advancements.

Lessons of Business from Netflix

Netflix is a pioneer in its field and has inspired numerous other businesses to follow its path. Here are a few learnings to take away from their brilliant game plan:

Netflix a tech giant whose algorithms have been unmatched, they have changed the way people consume content. The company has a vast amount of data on people’s viewing habits from its consumer base of 125 million subscribers. Such a robust data system is capable of creating a vibrant social system that influences the movies and shows people suggestions based on what they have watched in the past.

2. Disruption begins from within

If you want to change how the industry works, you have to be willing to improve yourself. It started with a straightforward idea of shipping DVD’s by mail and removing late fee. It then transitioned to streaming content online.  Today, Netflix is the most noteworthy as a content creator and will spend a staggering $12 million on programming.

Whatever Netflix does, gains it a lot of external skepticism and internal rethinking. A cover story by New York magazine talked about how Netflix has experimented with its programming regime. From eliminating pilot episodes to coming up with the idea of binge-watching, Netflix has executed some really crazy and yet brilliant ideas.

3. A strategy is culture and culture is a strategy

Netflix not only thinks about its content and how it should be uploaded, but they also think a lot about religion and people. Netflix has a range of practices on how it shares information, makes decisions, on who it hires and many more.

Last year itself, Netflix updated its business manifesto, a detailed doc that stated its principles, policies, and practices regarding human factor in the business. What’s unusual about the company is its sharp language, without a hint of HR boilerplate. 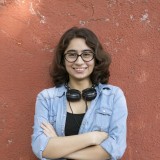 How to Develop a Price Comparison Tool in Python

How to Build a Web Crawler from Scratch

Get clean data from anywhere hand delivered to you

We are ready to chat.

HOW DATA-DRIVEN DECISION MAKING IS DRIVING BUSINESSES TOWARDS SUCCESS

Big Data Analytics and its integration with Social Media